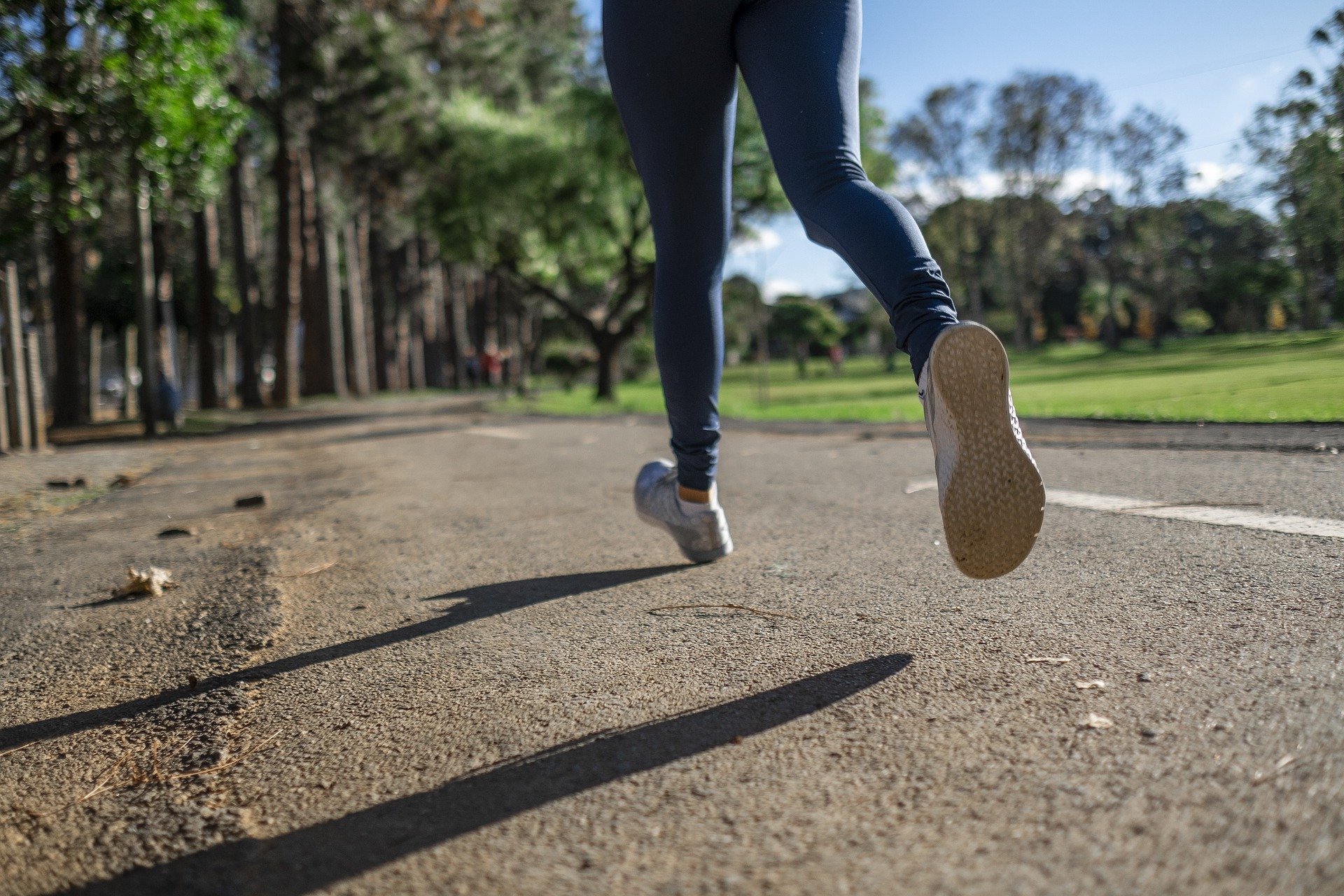 THE MYTH: Heel striking is bad and always needs to be “fixed.”

THE REALITY: We hear this daily at RunLab, and while Born to Run is an amazing book for a lot of reasons, it seems to have sparked a long obsession with changing one’s footstrike to something more “natural,” and it’s time to start and industry-wide course correction on a concept that has gotten completely out of control.

Stop trying to self diagnose and “fix” your heel strike. There. I said it. I know that many of you will probably stop reading right now, shaking your head in disgust as you clutch just a little tighter to your copy of Runner’s World, wishing I was standing in front of you so you could tell me about the way heel striking makes you “brake” as you run, and how moving your foot strike to a forefoot or midfoot strike is closer to barefoot movement and is, therefore, “more natural” and, somehow, better.

Heel striking causes injury and is less efficient — EVERYBODY knows that, Dr. D. Everybody.

I see runners in the clinic every day who have been sidelined by one injury or another, many of them led naively down the path to ridding themselves of the dreaded heel strike through claims of injury-free, painless, joyful funning bliss by Pose Method, Chi Running, or just good ol’ Coach Google. They proudly explain to me that they used to be heel strikers but are now midfoot strikers. They have been told by one therapist or another that their “glutes aren’t firing” (a post for another day), so they have been doing squats and lunges like crazy, foam rolling that pesky IT band (which of course seems to ALWAYS be the problem), and working on hitting that magic 180 steps per minute cadence where, apparently, they have been told that all cares fall away and running becomes effortless joy.

Here’s the problem: Even with all of this effort, here they sit at my clinic.

Because they are injured … again. With all of this focus on footstrike, footwear choice, glute strength, pronation, etc., injury rates are still no lower than they were in the ’70s when nobody cared about footstrike and the only shoe choice you had to make was what color Nike Waffle trainer you wanted.

So why is this the case and what do we do about it?

In my opinion, the problem is what the problem ALWAYS is: groupthink. When people read or hear somewhere that heel striking causes knee pain, they immediately go down the rabbit hole into an overly simplistic way to solve it in hopes of making their knee pain disappear. But there is an overarching problem with this way of thinking: Despite the fact that everyone has the same general bones and muscles, the way these bones and muscles are put together varies drastically.

The millennial generation is becoming known for their “I’m a unique snowflake” mentality, and when it comes to biomechanics and the neuromusculoskeletal system, they’re 100% right. Each of us has different bone lengths, range of motion, structural limitations, neuromuscular control, strength, etc. You can think of gait like a fingerprint: Each person has a movement pattern unique to them. Once you realize this, it is easy to see why it is always a bad idea to generalize when it comes to running technique, and this certainly includes footstrike.

OK, so now you’re thinking … But MY knee pain went away when I stopped heel striking, so I don’t know if I buy what you’re saying here, Doc. This is a conversation I have on a daily basis with patients and is a classic case of correlation does not equal causation.

It isn’t typically the heel strike that is causing the problem. The human calcaneus (heel bone) is made to absorb shock from the ground, and it is built in a way that lets it deform and reform at impact. It is also covered with a thick fat pad that protects the bone from the ground (by the way, the fat pad is a common source of plantar heel pain, despite the fact that pretty much every patient with pain in the heel has been told they have plantar fasciitis … also a discussion for another day).

The challenge is this: Heel strike often (but not always) comes with an over-stride. Over-stride typically correlates with decreased knee flexion and increased ankle dorsiflexion, which put the knee’s primary shock absorber, the quadriceps complex, in a suboptimal position for doing its job. The bones of the lower extremity end up bearing too much of the shock-absorbing load, the quads are then required to control knee motion from one extreme to the other … and, presto, knee pain results — usually around the patella where the quads insert.

By shortening the stride and moving toward a midfoot strike, the load is moved away from the knee joint but here’s the rub: it moves INTO the ankle complex. Think of footstrike as a spectrum, with extreme heel strike on one end and forefoot strike on the other. The closer a runner comes to forefoot striking, the more the ankle and metatarsals are loaded and the further toward heel striking (if correlated with over-stride) the more the knee is loaded.

Now, this is a very simplistic view, as it does not take upper body mechanics into account, which can affect where the load is placed as well, but you get my point. Many people will try to shorten their stride and change their mechanics without knowing why they are doing it, and they end up just trading knee pain for Achilles pain, or slower times, or foot pain, or a whole host of other issues.

It’s always worth noting that one of the other issues I see with runners who have tried to “correct” their heel strike through shortening their stride and running on their forefoot is a decreased recruitment of the elastic recoil in the hips and hamstrings. They pick up their foot too early, relying too much on the calves to do the work. This leads to early muscle fatigue in the small stabilizing muscles of the ankle and foot and often leads to injury. It can feel better on the knee, but without the stability work necessary to make long-term, sustainable changes, tendinopathy often ensues.

So what’s the take-home message? Gait re-training should not be used haphazardly because groupthink has somehow taken and run with the idea that everyone should stop heel striking, run at a 180 cadence, stretch their IT band, strengthen their glutes, and run in a minimalist shoe that is more “natural” to encourage proper foot placement. Any of these things can be useful IF there is a reason behind them based on YOUR specific structure, strengths, limiters, mechanics, injury history and goals. However, each of these changes can also be detrimental and injury-producing if done at the wrong time, for the wrong reasons, or if your unique structure isn’t taken into account.

Thank you for taking the time to read our RunLab™ Blog! We hope that you use this information to run more injury free and to optimize your running performance.

For more information about the RunLab™ team and to get your running stride analyzed by one of the preeminent gait specialist teams in the country, please visit WWW.RUNLABAUSTIN.COM

Outside of the Austin area? You can still have your running stride analyzed by one of the best teams in the country. Just visit WWW.RUNLAB.US to see where our partner filming locations are based or choose the self-film option.

Dr. Kimberly Davis is the Founder & CEO of RunLab™, a motion analysis and gait diagnostic company headquartered in Austin, Texas that provides runners anywhere in the country access to comprehensive gait evaluation services through www.RunLab.us. An Ironman triathlete and ultra-distance adventure racer herself for over 20 years, Dr. Davis has dedicated her career to the study of clinical biomechanics and helping runners get back on the trails, improve their performance and enjoy running again.  Working as part of sports medicine teams for over a decade, she grew tired of hearing her patients say they had been told not to run or that “running is bad for your knees” by their doctors without any discussion about biomechanics.  She launched RunLab™ Austin in 2014 as a running-centric healthcare facility built entirely by, and for, runners.  It has since grown to become one of the nation’s preeminent gait evaluation and training facilities in the U.S.  Working with every age and experience level runner, from Olympic gold medalists and world champions to brand new runners, kids, and runners with special needs such as down syndrome, cerebral palsy, and a wide variety of movement disorders. Recognizing a lack of consistency and quality in gait analysis across the country, Dr. Davis launched RunLab.us in 2018 as a means for runners to access her industry-leading gait team from anywhere in the United States.

Scroll back to top